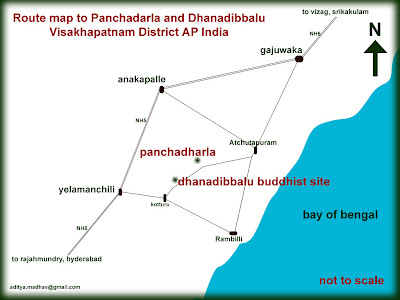 1. Panchadharla Kshetram at Dharapalem
Sri Uma Dharmalingeswara Swamy, Dharapalem
Rambilli Taluk, Visakha District Andhra Pradesh
This village ( Dharapalem) is situated at a distance of about 10 kms. North East of Yelamanchili and 24 kms. From Anakapalli & 30 Kms from Vizag Steel Plant(via Atchutapuram). It is located on the Atchutapurm-Yelamanchili Road. We need to get down at Dharapalem village and walk towards the hill to reach the temple.
This place derived its name from the five Jets of water coming out of five fountains which receive their supplies from a natural perennial spring. Near by there is lingam on which are carved other lingams in 12 rows of 85 each and which is consequently known as the Kotilingam or Crore of lingams. Many people take a holy dip in the koneru of the panchadarla and worship Dharmalingeswara swamy. 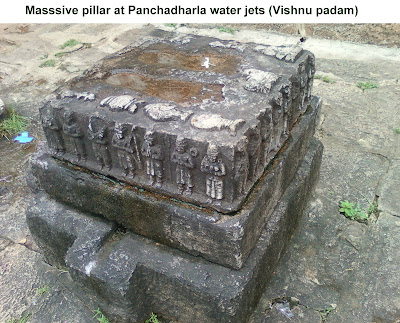 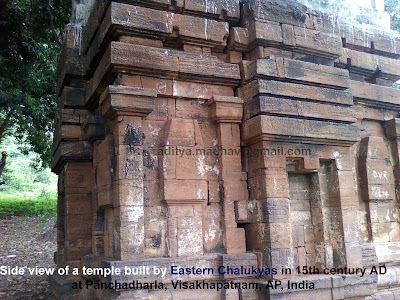 The temple has a history of nearly 600 years, the stone carved mandapas on the 3 sides of the temple would remind us of architecture of kakatiya dynasty. The stone used for the construction of the temple may be from the beside hills along the Eastern ghats. The pillars on the temple are carved with beautiful images of Hindu Gods. 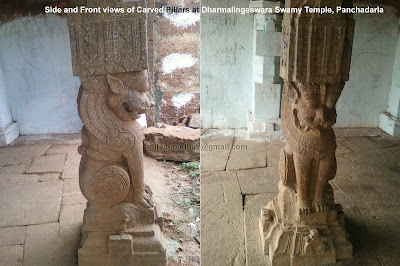 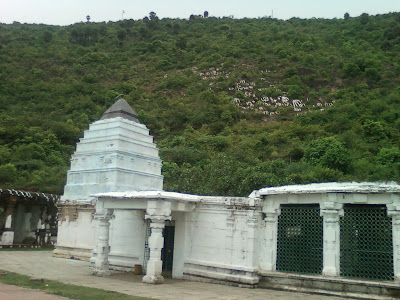 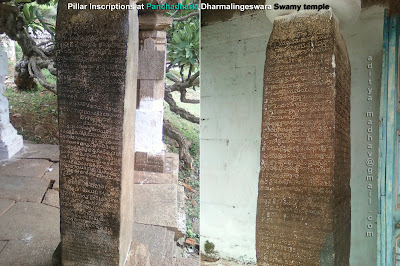 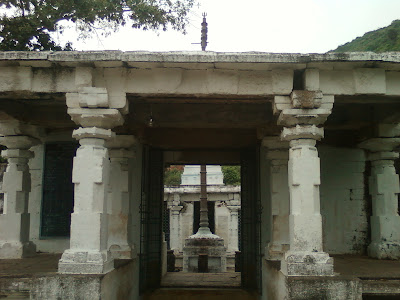 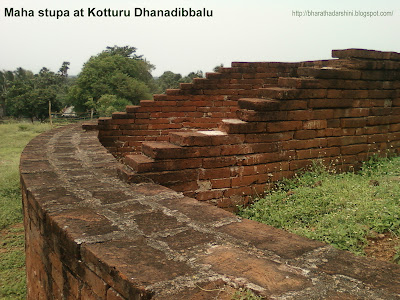 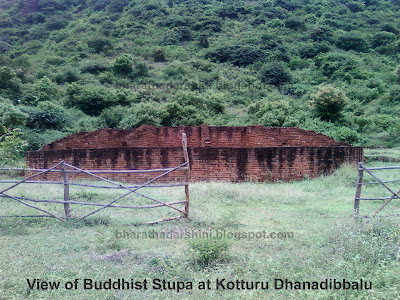 This place is locally known as "Dhanadibbalu"
Still excavations are to be done by the archeology department at this site to excavate the viharas and minor edicts. Small rock cisterns are present very near to the Maha stupa, which is at the entrance of the hillock and at a further distance one can see the ruined mounds of Vihara with scaterred bricks. From there we can reach the rock-cut caves with small (nearly 5) portions (locally known as pandavula guha, due to the resemblance with the number of accommodation in the cave) 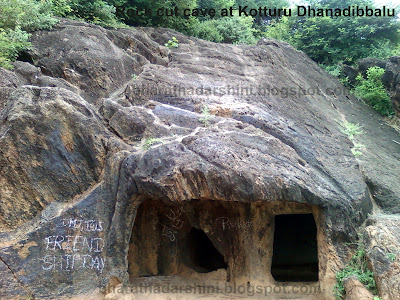 Many of the bricks of the stupa and vihara are presently used by the locals(ignorant about the importance of this heritage site and lack of Vigilance). 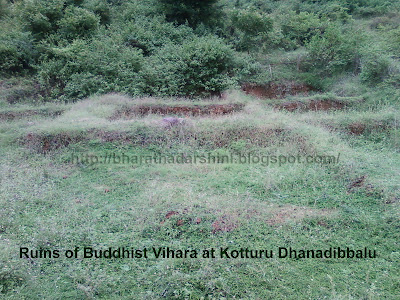 There is a fencing around the remains site presently and a garden is being maintained by the archeology dept. with a sign board. 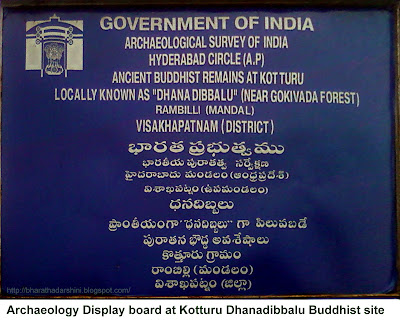